The Worst Water in California? 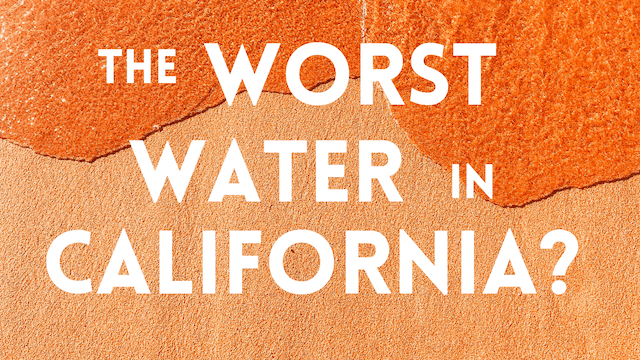 We looked at the data for 179 cities to find the worst water in California.

Based on total number of contaminants in a city water supply, the worst drinking water was found in:

Fresno has 53 contaminants. 17 of them exceed health guidelines, making them unsafe for people.

The next two cities with the highest contamination levels are:

In August 2022, the Environmental Protection Agency proposed to designate PFOA and PFOS as hazardous substances.

Both PFOA and PFOS have been found in Fresno’s water at levels exceeding health guidelines.

Other PFAS chemicals in Fresno:

This group of chemicals are often referred to as “forever chemicals” because they are nearly impossible to remove once they’re introduced to an environment.

So Is it Really the Worst Water in California? 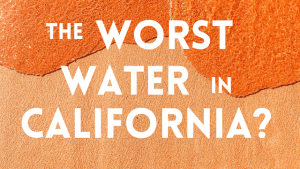 Total contaminants is a good starting point, but it’s doesn’t give us a complete picture.

For example, Corona, California has 45 contaminants, PFAS chemicals, and Lead in its water.

It also has a higher percentage of contaminants that exceed health guidelines:

An argument could be made that Corona’s water is worse overall.

We would also need to look at what the specific contaminants are.

You can get a better idea of what’s in each city’s water supply here:

Want to See the Complete Best and Worst Water Ranking?

Find out which city has the fewest contaminants and which cities are in the middle.

We’ll also provide information on how to fix your water if you live in one of the affected cities.

All data is publicly available for verification from the EPA and Environmental Working Group (ewg.org).